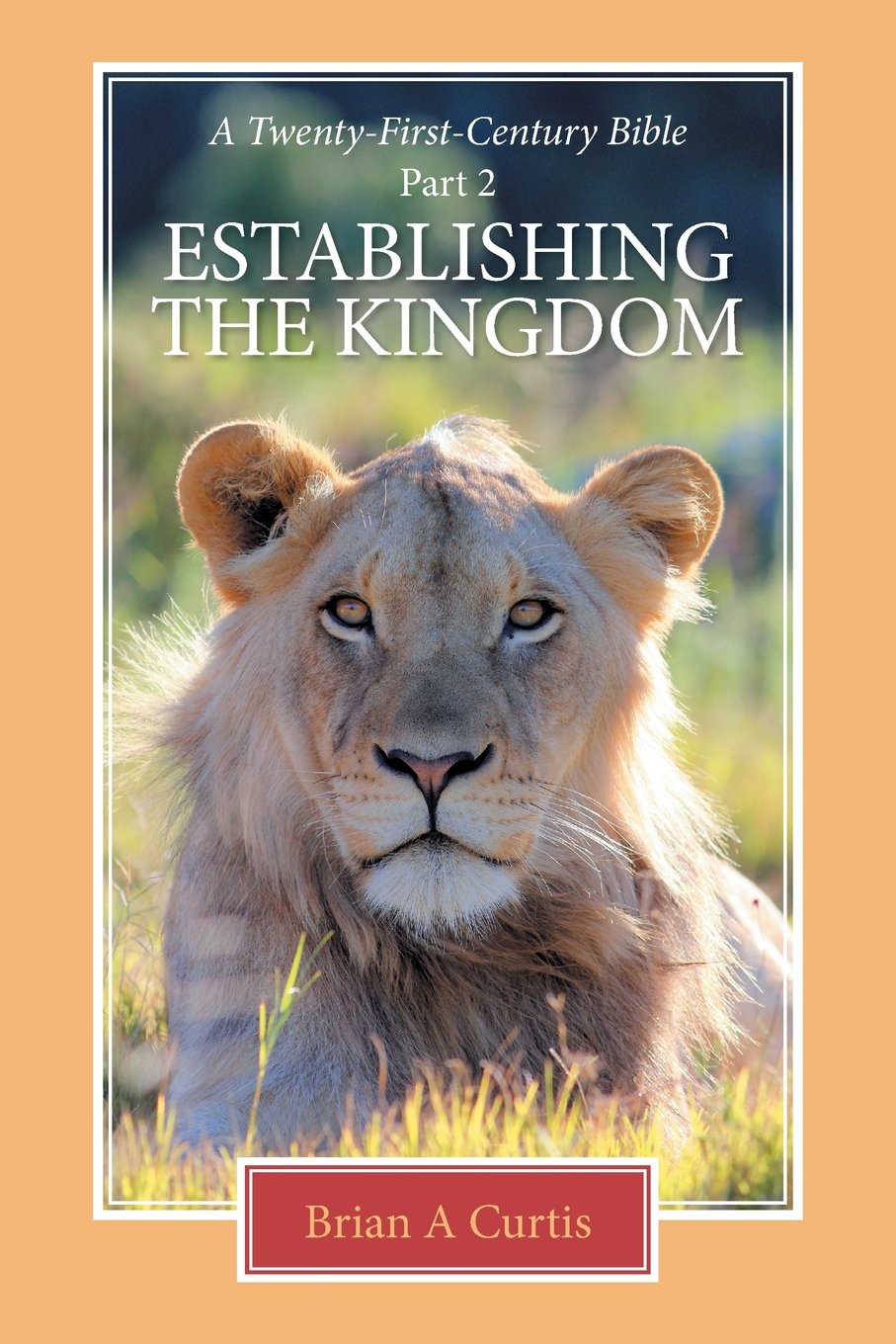 From Judges to Solomon

Part 2 continues the feature, introduced in Part 1, of being divided into two sections. This time: C. The Narrative; and D. Songs, Sayings and YHWH’s Temple. This has continued to allow the historical narrative to flow more freely, whilst maintaining the importance of the other material.

As one of the aims has been to present the narrative in historical order, much work has been done to introduce some chronological order into the narrative—particularly in regard to the Judges and the life of David. Furthermore, The Song of Songs and Ecclesiastes have been included in the Narrative, as they form a very important part of Solomon’s story.

The Birth of Samson Foretold
The Israelites again did evil in the eyes of YHWH. So YHWH gave them into the hands of the Philistines for forty years.

There was a certain man of Zorah, from the tribe of Dan. His name was Manoah. His wife was barren; she had been unable to bear any children.

An angel of YHWH appeared to the woman and said to her, ‘Even though you are barren and have borne no children, you will become pregnant and bear a son. But because the boy is to be a Nazirite to God from birth, there are certain things that need to be done. Make sure that you do not drink wine or fermented drink, or eat anything unclean, from conception to the birth of your son. Then, once he is born, no razor is to be used on his head. He will begin to deliver Israel from the hand of the Philistines.’

After the angel had left her, immediately the woman went to her husband. She said to him, ‘A man of God came to me. He had the appearance of an angel of God. I was so fearful that I didn’t ask him where he came from, and he didn’t tell me his name. But he said to me, “You will conceive and bear a son. You are not to drink wine or fermented drink, or eat anything unclean, as the boy will be a Nazirite to God from his birth until the day he dies.”’

Manoah then prayed to YHWH. He said, ‘O Lord, please let the man of God you sent come back to us again. Let him teach us what we are to do for the boy who is to be born.’

God listened to Manoah, and the angel of God returned to the woman whilst she was in the field. Manoah, her husband, was not with her, so she hurriedly ran to tell her husband. She said to him, ‘The man who appeared to me the other day has returned to me.’ So Manoah got up and followed his wife.

When he came to the man, he said to him, ‘Are you the man who spoke to my wife?’

Now as the boy’s father, Manoah would have had expectations regarding his role in the upbringing of the child. Of particular concern would have been the child’s Nazirite vows, the training required, and the timing of particular events. So Manoah said to the angel, ‘When your words come true, what is to be the boy’s rule of life? What kind of work will he do?’

But as far as the angel was concerned the boy’s life was to be moulded by YHWH, not Manoah. As a consequence, the angel of YHWH simply repeated the previous instructions.

Now custom required that Manoah should have provided the man with hospitality immediately on his arrival. But his keenness to discover his role in his son’s upbringing may have affected his judgement. Nevertheless Manoah had not totally forgotten his manners, even if he had not realised that the man was an angel of YHWH.

So Manoah said to the angel of YHWH, ‘Please let us detain you. We will prepare a young goat for you.’

But the angel of YHWH said to Manoah, You may detain me, but I will not eat your food. However, if you would like to prepare a Burnt Offering, then offer it to YHWH.’

Manoah said to the angel of YHWH, ‘What is your name? We would like to honour you, when your word comes true.’

The angel of YHWH said to him, ‘Why do you ask my name? It is beyond comprehension.’

So Manoah took a young goat and a grain offering and, using a rock, offered them to YHWH. Then whilst Manoah and his wife were watching, YHWH performed a wonder. A flame on the altar shot up to the heavens, and the angel of YHWH ascended in the flame. When Manoah and his wife saw this, they fell on their faces to the ground.

Only when the angel of YHWH did not reappear to either Manoah or his wife, did Manoah realise that he was an angel of YHWH.

Manoah said to his wife, ‘We will surely die, for we have seen God.’

The woman bore a son and named him Samson (a variation of the Hebrew word for ‘sun’). The child grew up and YHWH blessed him. For a while he lived at Mahaneh Dan (‘camp of Dan’), twelve kilometres west of Jebus. It was between Zorah and Eshtaol. There the Spirit of YHWH began to stir him.

Family Tensions
There was a certain man from Ramathaim (‘two hills’), in the hill country of Ephraim. He was a Zuphite from the tribe of Ephraim. His name was Elkanah (‘God created’), son of Jeroham, son of Elihu, son of Tohu, son of Zuph. He had two wives. One was named Hannah (‘favour’), the other named Peninnah (‘fruitful’). Peninnah had children, but Hannah was childless.

Every year, at the same time, Elkanah would join in the clan feast at Shiloh. He would go up from his town to worship and sacrifice to Almighty YHWH there; each time he would make his sacrifice. He would then give one portion each to his wife, Peninnah, and to her sons and daughters; but he would give a double portion to Hannah. He loved Hannah very much, even though YHWH had closed her womb.

Now Hannah’s rival used to provoke her. Indeed, she used to deliberately provoke and irritate her, because YHWH had completely closed her womb. This continued year after year. Every time Hannah went up to the house of YHWH she provoked her, and Hannah wept so bitterly she was unable to eat.

Her husband, Elkanah, would ask her, ‘Why are you weeping? Why aren’t you eating? Why is your heart so sad? Am I not better to you than ten sons?’ But Elkanah was unable to console her.

Hannah’s Vow
Now when the Israelites had first entered the Promised Land, the Tabernacle had been set up at Shiloh. However over the years the Tent had been abandoned, and a more temple-like structure had been built.

Eli was the High Priest in Shiloh, and two of his sons, Hophni and Phinehas, assisted him as YHWH’s priests.

One particular year, Elkanah went up to Shiloh, as usual. When they had eaten and drank, Hannah stood up. She was deeply distressed. She prayed to YHWH and wept bitterly.

She made a solemn vow. She said, ‘Almighty YHWH, if only you would look upon the misery of your handmaid and remember me. Do not forget your handmaid, but give her a male offspring.’

Now God had given rules for working in the Tabernacle. They included the need to be a Levite, and between thirty and fifty years of age. Further, to be a priest one also had to be a descendant of Aaron.

Despite that Hannah continued, ‘I will give him to YHWH all the days of his life.’ Then, as a way of indicating that this was some sort of Nazirite vow, and that her child would be totally dedicated to YHWH, Hannah concluded, ‘No razor will come near his head.’

Eli the High Priest was sitting on the seat of honour by the doorpost of YHWH’s Tabernacle. So as Hannah continued praying to YHWH, Eli was able to see her mouth. Hannah was praying silently; only her lips were moving. So because her voice could not be heard, Eli thought she was drunk.

By this time, drinking at sacrificial meals had become customary. But for Eli, excessive drinking had become a real problem. So Eli said to her, ‘How long will you continue to get drunk? Turn away from your drinking.’

But Hannah replied, ‘No, my lord, I am a deeply troubled woman. I haven’t drunk any wine or beer. I have been pouring out my soul to YHWH. Don’t mistake your handmaid for a daughter of Belial (queen of the underworld). I have simply been expressing the depths of my anguish and grief.’

Then Eli answered. He said, ‘Go in peace, and may the God of Israel grant your request—whatever you asked of him.’

She said, ‘May your maidservant find favour in your eyes.’ The woman then went on her way. She then had something to eat, and her face no longer looked sad.

In the morning they got up, and worshipped in YHWH’s presence. They then returned to their home which at the time was in Ramah, in Benjamin.